Although its Revolutionary past is not acknowledged or preserved to the extent of other cities in the Eastern seaboard (Boston! Philadelphia!), New York was a major part of the American Revolution. Last weekend, I wanted to immerse myself in a small piece of New York’s Revolutionary past, so I decided to spend a few hours in downtown Manhattan, between City Hall Park and Bowling Green, with my history-loving friend Emy.

I recommend starting the day at City Hall Park and working your way downtown to Bowling Green (especially if you want to stop at Fraunces Tavern for lunch or dinner after the walk!). Getting to City Hall Park is easy – there are several subways that will take you right there, including the 4/5/6 to Brooklyn Bridge – City Hall and the 2/3 to Park Place.

City Hall Park used to be known as the New York Commons and played an interesting role in Revolutionary New York. In 1765, the Commons was home to a debtor’s prison and a soldiers’ barracks (where the Tweed Courthouse is now). In ’65, colonial New Yorkers protested the Stamp Act at the site. A year later, they built the first Liberty Pole there. (There is a replica of this Liberty Pole near its original location, between City Hall and Broadway!)

This Liberty Pole became the reason for the first bloodshed in the fight for American liberty. British soldiers were (understandably) not happy with the Pole, and they ultimately cut it down. On August 11, 1766, around 2,000 (some say as many as 3,000!) colonial New Yorkers rallied in “the Commons” to protest the destruction of the Liberty Pole. The resulting skirmish ended with several wounded – and thus the first drop of blood of the American Revolution was shed.

This wasn’t the only blood shed at City Hall Park during the Revolutionary War. During the war, the British used the debtor’s prison on the site as a holding place for American prisoners of war. An estimated 250 prisoners of war were executed at this site, on gallows which were located behind the soldiers’ barracks.

It’s an easy 15-minute walk down Broadway from City Hall Park to Bowling Green (and a very historic walk – this route has been around since it was a Native American trail!).

Bowling Green has the distinction of being New York City’s oldest park, built in 1733, but its important history began long before it became a park. The site was a council ground for Native American tribes and has always been a site of political agreements as well as a trading ground. In fact, it was Bowling Green where, in 1626, Peter Minuit “purchased” Manhattan from the Native Americans. After 1626, the area became a cattle market (from 1638–1647), a meeting place, a parade ground, and the site of a more general market beginning in 1675.  In 1733, when Bowling Green was officially designated as a park, it was available for rent at the cost of one peppercorn per year!

The Revolutionary history of Bowling Green begins in 1770. It was in this year that the British Parliament repealed the heavily-protested Townshend taxes. Not coincidentally, the British erected a massive equestrian statue of King George III, symbolically clad in Roman attire, in Bowling Green during this same year. Scholars speculate that George III’s position atop a horse was meant to associate him with Marcus Aurelius, the subject of a similar equestrian statue from 161–180 AD. From when it was erected, the equestrian statue of George III was a magnet for anti-British protests in New York. A large cast iron fence was built around the park in an attempt to protect the statue from vandalism. 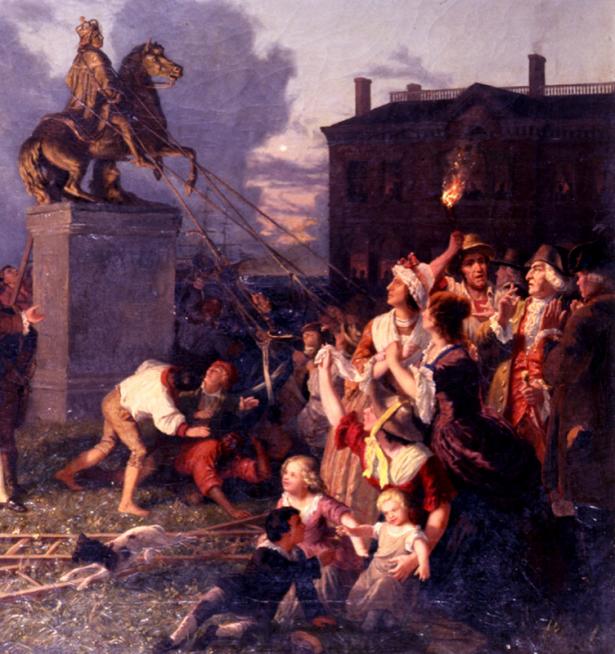 On July 9, 1776, the Declaration of Independence was read aloud at the site of the current City Hall. After the reading, the local Sons of Liberty ran down Broadway to Bowling Green (the same route we just walked!), where they pulled down the statue of George III. When the colonists brought down the statue, they also sawed the finials off the cast iron protective fence, because the finials were in the shape of the crown. The fence itself is still there, but the most fun part of visiting Bowling Green today is that you can run your hand across the former site of the finials and feel the roughness from where they were hacked off – a very cool experience! 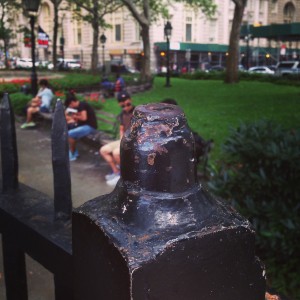 The rough finials at Bowling Green, sawed off in 1776 because they were in the shape of the crown.

After Bowling Green, Emy and I headed over to Fraunces Tavern, located just two minutes away from Bowling Green at 54 Pearl Street. The current Fraunces Tavern building has been around since 1719 and has been a hub of patriot activity in New York since then. Before the Revolution, the tavern was a meeting-place of the Sons of Liberty and was even the “base camp” for New York’s Tea Party (it wasn’t just Boston!), when patriots dressed as Indians dumped tea into the New York Harbor. Most famously, Fraunces was the site of George Washington’s farewell to his officers on December 4, 1783. 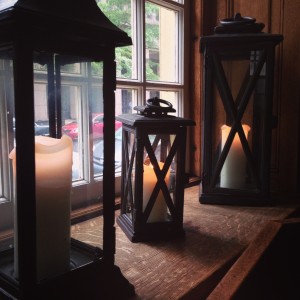 Fraunces Tavern has a museum, but there is still a tavern too! It is split into a semi-formal restaurant space and the Porterhouse Tavern, a slightly more casual room. Emy & I ate at the Porterhouse Tavern side, but I’ve been to the “restaurant” side in the past which is also lovely. Recommended at Porterhouse Tavern: a flight of beer, some oysters, and their excellent burger. If you have room, extend the lunch (and the atmosphere!) with a cappuccino at the end. 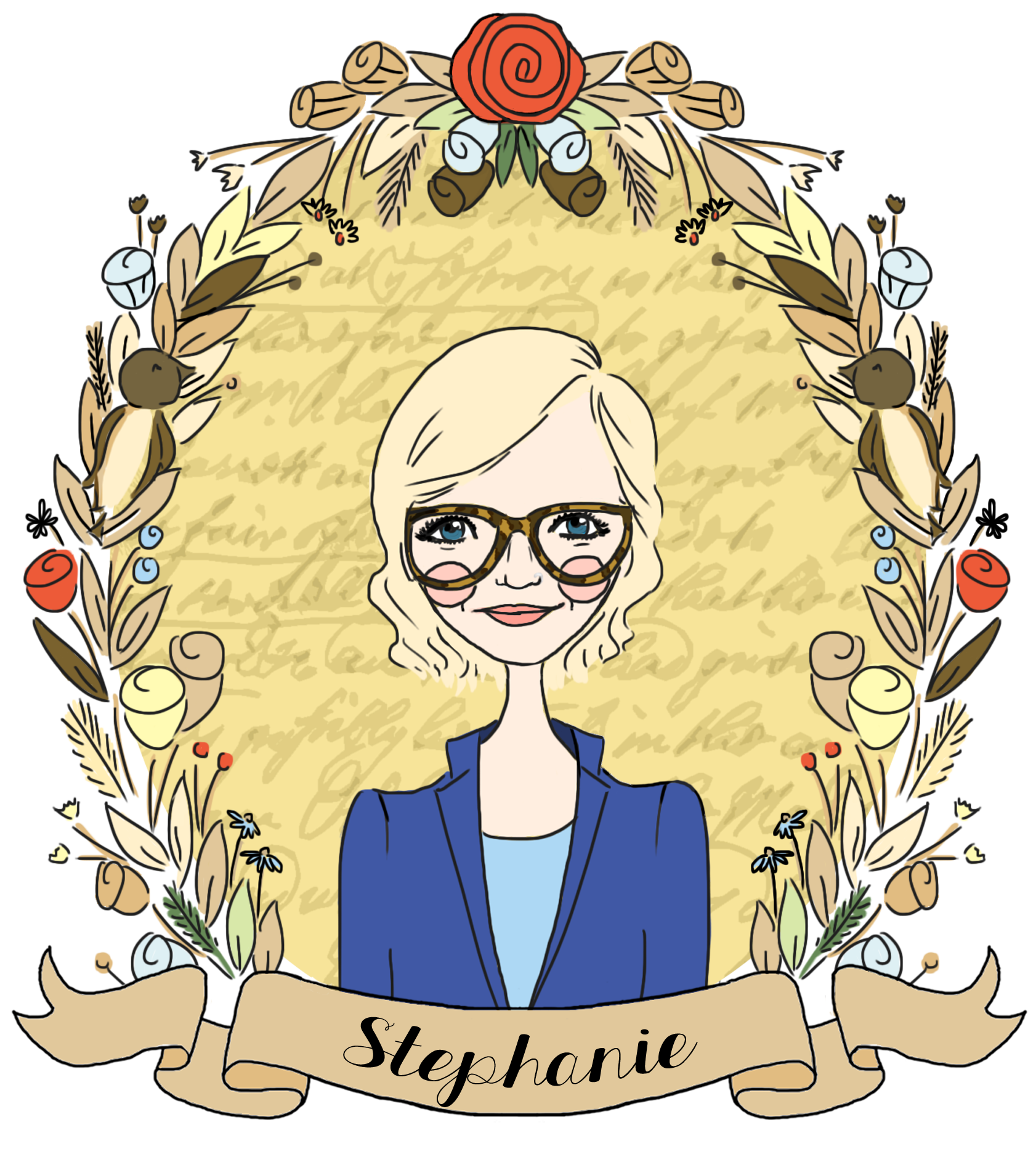